VWT in Ireland undertakes what you might call a soul-searching exercise in the first quarter of every year. This has nothing to do with setting New Year’s resolutions but relates to our completing an annual application form to join the Irish Environmental Network (IEN). The IEN is an umbrella network that supports Irish environmental NGOs by providing funding to cover core costs, grants for projects and training. The groups that make up the network represent a broad range of environmental issues, everything from wildlife conservation to climate change, and undertake practical conservation work, education, research, campaigns, lobbying and raising public awareness. Thirty-two organisations comprised the network in 2019, representing over 35,000 members and supporters and annually contribute over six million unpaid hours on environmental work. The importance and value of this network was recognised by our President, Michael D. Higgins, in 2015 when he invited the network to a special celebration of civil society in June.

Financial support for the network is provided by the Department of Communications, Climate Action and the Environment, and represents one of the few sources of funding available to environmental NGOs in Ireland. Unfortunately, lottery funding is not available to the environmental sector in Ireland, as it is in the UK. An important responsibility of each member is that a representative of their organisation serves on the network’s Board of Directors for a three-year period, which ensures that a range of talents and experiences govern the operation of the network. Having recently stepped down as a Director, I very much valued this experience.

VWT first applied to join the network in January 2014 and we were delighted to have our application accepted. The membership process is a detailed one and each application is reviewed by independent assessors and funding is then allocated based on this assessment. There is quite a long list of eligibility criteria, which includes the requirements that the organisation’s primary objectives and activities are environmental protection and/or environmental sustainability, is not-for-profit, has a demonstrable national remit and has an up-to-date website and social media presence.

Apart from access to funding and a sense of solidarity with other NGOs, I believe a major benefit of being part of the IEN is being forced to take time out to reflect on the previous year’s work, because it is so easy to become absorbed with issues on a day-to-day or week-to-week basis. We undertake quarterly reporting as an organisation within the Trust, but it is good to have an opportunity to reflect just on our work in Ireland and to ensure we are meeting our objectives. When we first applied in 2014, our only source of funding was that provided directly by the Trust. In the intervening years, the core funding provided through the IEN has become significant, both as core funding and in direct grants for specific projects (such as our first artificial hibernation site), but we have also used IEN grants to secure additional funding from other sources for projects. 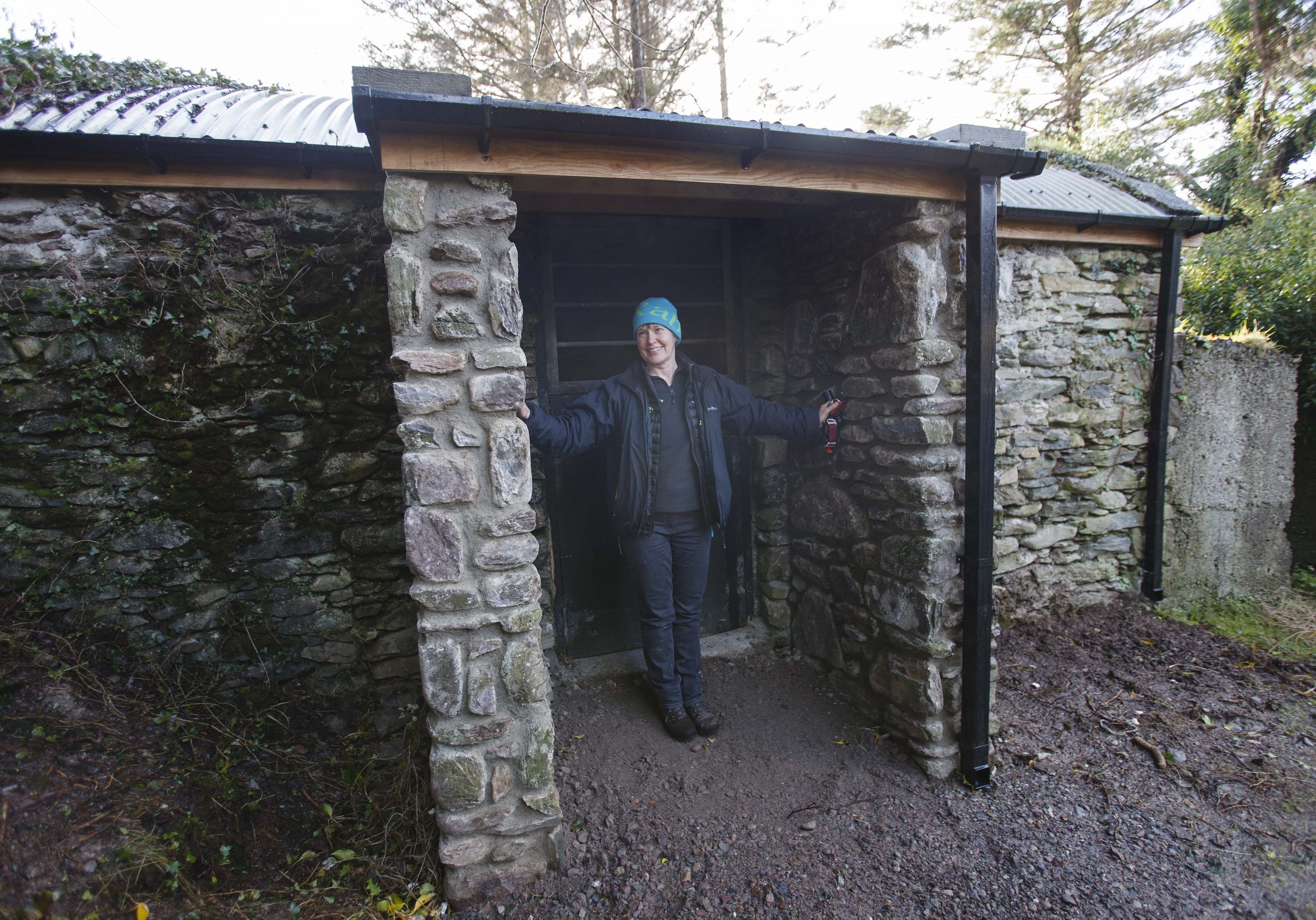 One of the Trust’s major concerns in Ireland is the ability of the lesser horseshoe bat to freely move between its roosts that are dotted along the west coast, because this ensures gene flow between colonies to sustain a healthy population. Habitat fragmentation, however, has created gaps in this distribution and already we can detect slight genetic differences in bats between counties. We believe the best way to counteract this is to identify the optimum routes along which connectivity could be reinstated using modelling techniques. An IEN grant in our first year as a member enabled us to undertake our first piece of research, which was conducted by Fionnuala Lyons. This then led to a second study in 2017 carried out by Patrick Lenihan while he was an Intern with Kerry County Council and, thanks to funding from National Parks and Wildlife Service this year, Domhnall Finch is continuing this.

Financial assistance from the IEN was also an important catalyst for our work here on the pine marten, because this funded field trials into how to keep this species out of pheasant pens. This predation was becoming a problem for small gun clubs and so, in partnership with the Kilcormac Game and Conservation Club, we designed a release pen that is both mammalian and avian predator proof. Instructional notes and a video about this are available on www.pinemarten.ie

Our membership of the IEN coincided with Ruth Hanniffy joining the Trust so we then had the capacity to work with other organisations within the network. Ruth worked with The Native Woodland Trust to erect pine marten den boxes, including one at its reserve in Westmeath. On a trip there in 2017, they discovered through examining trail camera footage that a pine marten had been using the boxes. This was the first time we had filmed martens using a den box in Ireland. 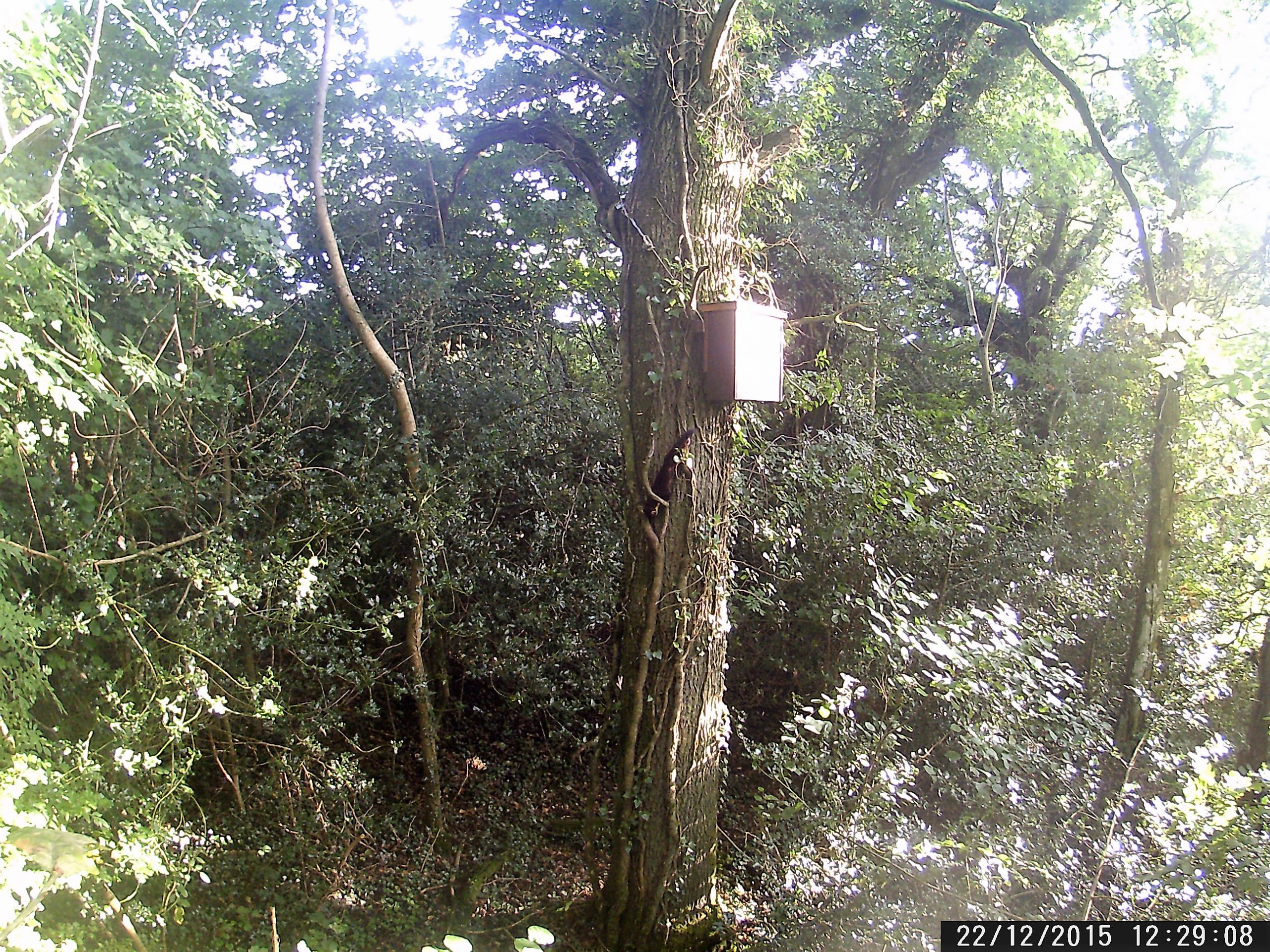 Ruth has since teamed up with BirdWatch Ireland, Irish Wildlife Trust, Irish Whale and Dolphin Group and Bat Conservation Ireland, all IEN members, on many occasions to run public events. The largest of these is the now annual Go Wild in Galway event during National Biodiversity Week in May, when the network works hard to create awareness about all aspects of biodiversity. The IEN provided us with additional funding for a special event in May 2015 that enabled a small group of local people to witness lesser horseshoe bats emerge from their summer roost at Coillte’s Curraghchase House, County Limerick. We ran this event with help from volunteers and the NPWS. 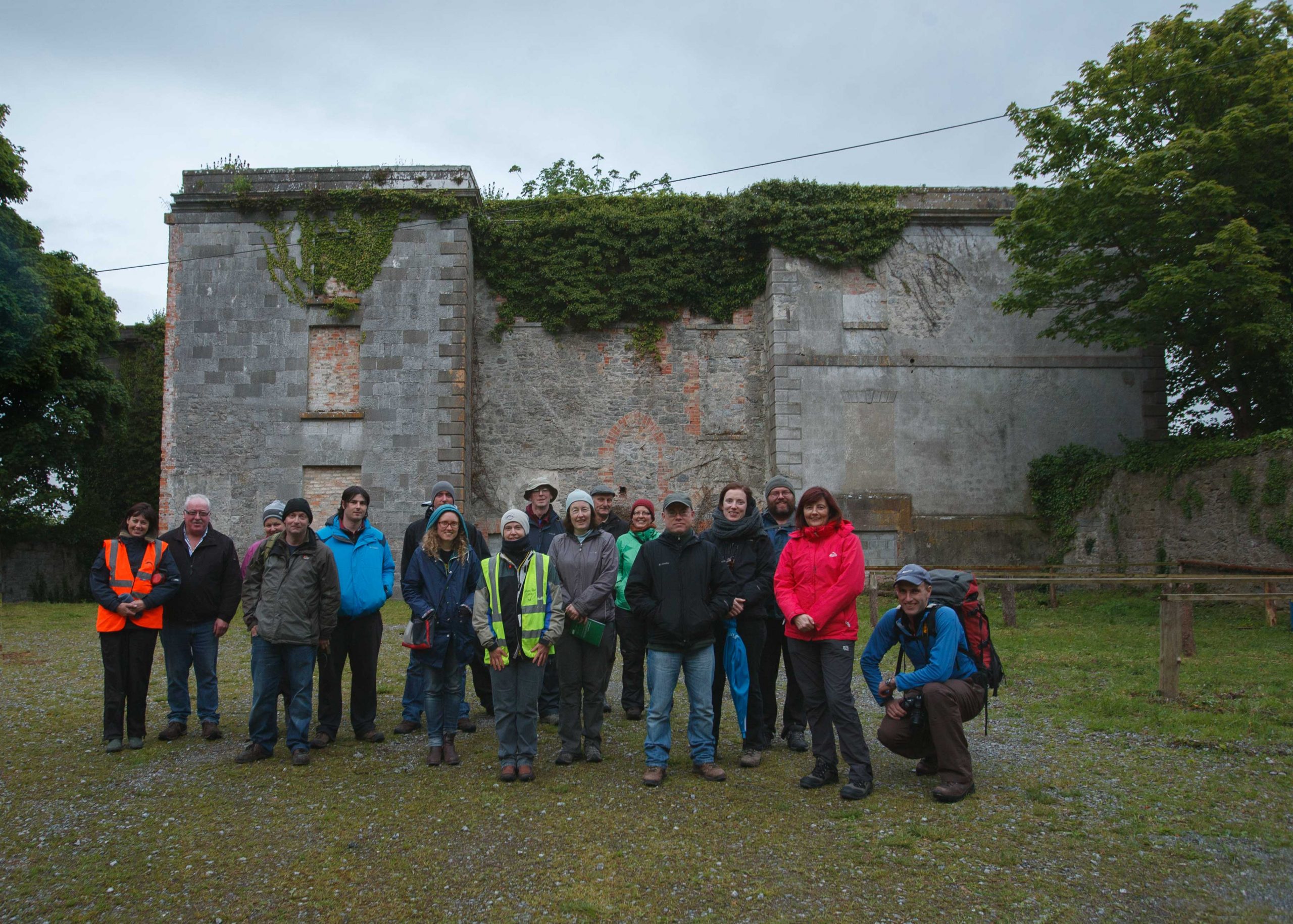 It has been easy to write about the IEN in this blog, not least because I didn’t have to restrict myself to 5,000 characters as is the case in many sections of the multi-paged membership application form! But this demand for brevity is a small price to pay for the many benefits of membership and I hope we will continue to be part of this important network for many years to come.