Following the establishment of a number of reserves for otters in the 1980s, VWT purchased a major roost for greater horseshoe bats in Devon. From the early 1990s, further bat roosts were acquired and today the Trust manages nearly 40 roost sites in Britain and Ireland.

The course of action undertaken once a roost has been leased or purchased by the Trust depends on the condition of the building. In some cases, only minor works have been necessary to ensure the building continues as a suitable breeding site, but where the building has been in an advanced state of disrepair, major rebuilding work is necessary. Although the buildings acquired have ranged from single storey stone cottages to much larger structures, the aim of the renovation work is the same: to provide a structurally-sound building that also meets the roosting needs of the bats.

At some reserves, ‘bat specific’ features have been incorporated to further enhance the building, based on research and practical measures tested at VWT sites. This work is described in detail in our Lesser Horseshoe Bat Conservation Handbook. This book is currently out of print but a new edition is planned for 2021. Please contact us if you have a specific query about this book.

Watch a new BBC documentary Inside the Bat Cave, now available on BBC iPlayer and featuring one of our greater horseshoe bat reserves.

As part of the Devon Greater Horseshoe Bat Project, a camera has been installed in one of our large greater horseshoe roosts. During the summer months, you can see some fantastic live footage on the website of the bats in the roost. The best time to watch it is just before sunset when the bats are flying around inside the roost in preparation to emerge for the night. Visit the Devon Bat Greater Horseshoe Bat Project website to view the live footage. 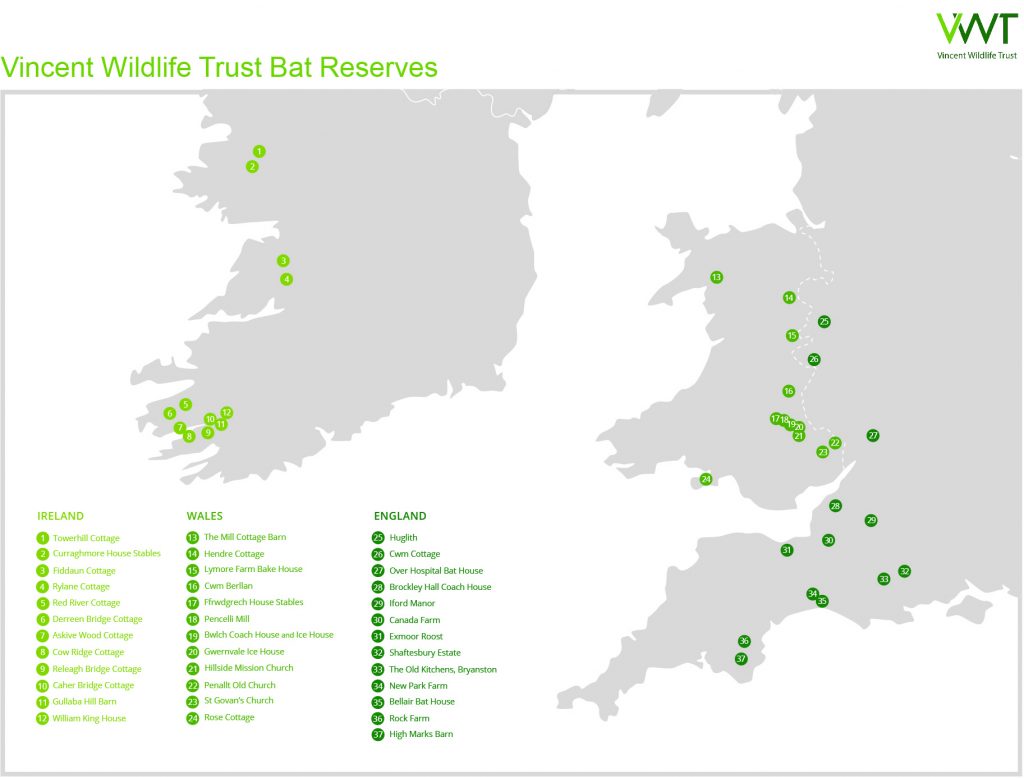 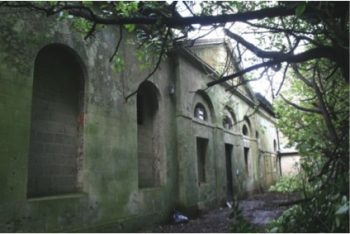 Bryanston Old Kitchens, Dorset, is home to one of the longest studied bat roosts in the UK. 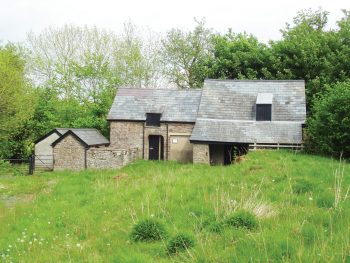 Pencelli Mill, Powys, is a disused water mill located on a tributary of the River Usk. 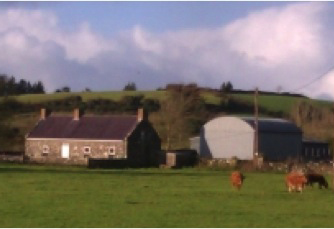 This cottage, in County Clare, is one of our Irish VWT bat reserves.