blog > Volunteering in the time of COVID 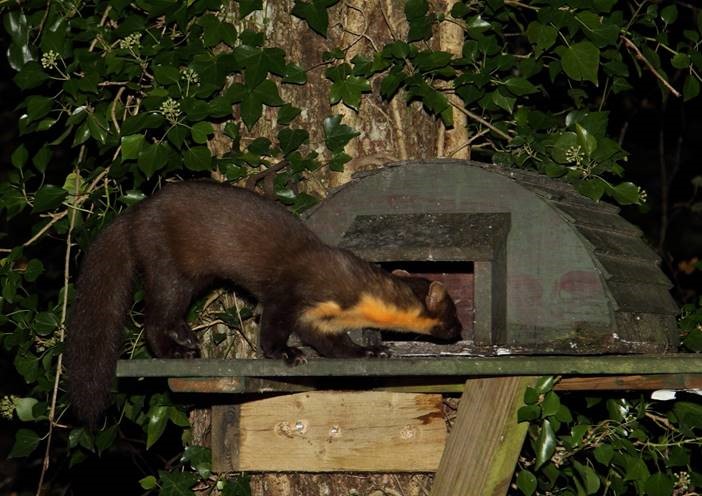 Last year, 2020, started off like any other year but all outdoor work suddenly ceased in mid-March when COVID-19 restrictions were enforced and lockdown began. All planned work for the spring months had to be cancelled and my highly anticipated season of field work was in fact spent indoors working on spreadsheets. Although these jobs did appeal to my organisational nature, they were nowhere near a substitute for working in the beautiful outdoors. As both the Pine Marten Recovery Project and my VWT staff contract came to an end in June, I was left feeling rather downcast when the end of project celebrations had to be postponed twice due to restrictions.

After enduring months of lockdown, it felt fantastic to get out in the field again during the summer months. Now back to being just a volunteer, my single responsibility was to check the camera traps at a site in Devil’s Bridge, which was being frequented by a few different pine martens. When most other forms of entertainment were still off-limits due to restrictions, the weekly visit to check the cameras was a real treat for me. A male and a female marten were visiting this area and I presumed they were a breeding pair; my fingers are crossed for kits in the spring! 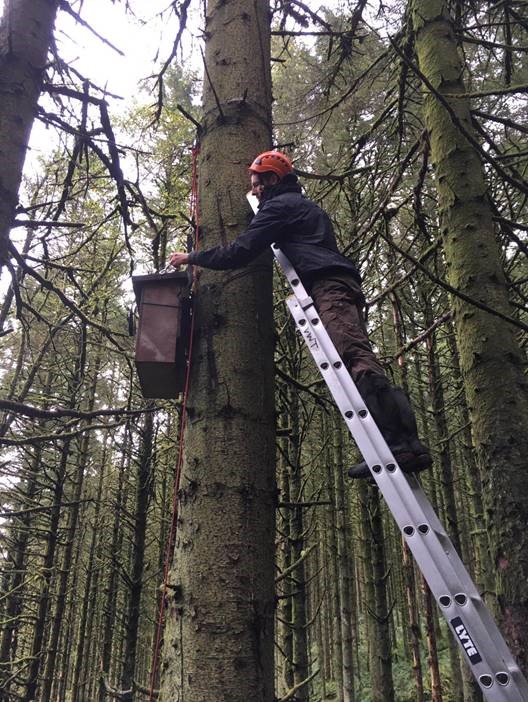 As autumn progressed, I was asked to accompany Dave Bavin, a former VWT Pine Marten Project Officer, to re-locate some pine marten den boxes around the woodlands of Hafren and the Arch. In the years leading up to the release project, over 100 den boxes were installed in woodlands across mid-Wales and these have been monitored for signs of activity every year since. Our task was to move a few den boxes from their existing locations to areas more suitable for volunteers to check and away from any commercial felling. However, some boxes are nearing six years old and aren’t nearly as waterproof as they once were, and it was our task to check that all boxes in the new survey area were warm, dry and perfect for pine martens. As the Pine Marten Recovery Project comes to a close, the next phase of monitoring will be done at a population level rather than focusing on individually tagged animals. We may not be able to identify which particular marten is using a den box but knowing that boxes have been occupied helps us map marten territories, which in turn teaches us more about their behaviour.

The highlight of my year, however, has to be filming a pine marten with Iolo Williams for Autumnwatch 2020. I was able to see my first ever Welsh pine marten and managed to get within 20m for a brilliant close up view of this elusive creature! Due to various regional lockdowns, it was up to me to welcome Iolo and the film crew on site and show them the best spot for a good shot. I had my fingers and toes crossed that an animal would turn up before 8pm when it would start to get really cold, but luck was on our side and a gorgeous big chocolate brown male marten came ambling along to the feeding station at 6:30pm! It took us all by surprise and we sat silently watching him go about his business of chomping on peanuts for ten minutes or so. I was amazed by how cat-like this marten looked, especially when he began to wash himself daintily with a paw. The whole encounter was over within half an hour, although it felt much longer, and it’s definitely an experience I will remember forever.