blog > Searching for stoats and wondering about weasels

The small mustelids (weasels and stoats) are among our hardest mammal species to study. Monitoring them has proved challenging as they do not leave easily visible field signs and are generally elusive and rarely seen. Without robust and reliable monitoring methods, it is almost impossible to collect any data on weasels and stoats. They have become somewhat of a thorn in our side!

Despite being thought to be common and widespread, very little is known about weasels and stoats in Britain and specifically, almost nothing is known about their abundance and population trends. There have been some suggestions that populations may be declining but there are currently no methods to determine population trends with any degree of accuracy. This is particularly pertinent as populations of rabbits, which make up a large proportion of the diet of stoats, are declining in Britain, and it’s not known how this will affect stoats and other predators. Therefore, we’re trialling monitoring methods for stoats and weasels, with the aim of establishing a suitable method for using in a wider-scale survey.

We’re currently testing a detection device called the Mostela which was designed by Jeroen Mos of the Dutch Small Mustelid Foundation. It has been used successfully to detect weasels, stoats and the occasional polecat in the Netherlands, as well as non-target species including the odd grass snake! The Mostela comprises a wooden box with a plastic tunnel running through it and a camera inside, trained on the tunnel. When an animal enters the tunnel, the camera is triggered and records a video or photo (see the full design here). Mostelas are generally positioned under hedgerows, along walls and other linear features, where small mustelids are likely to be moving through the landscape. 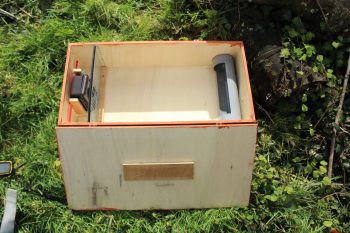 The inside of a Mostela, showing the camera and tunnel 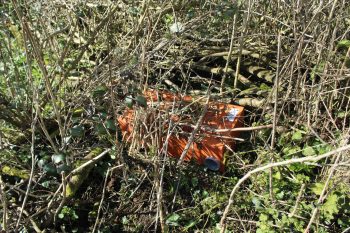 A Mostela set up next to a logpile

We have the first batch of Mostelas set up on a National Trust estate in Dorset where both stoats and weasels are known to be present, and will be installing more at different sites across the country over the coming months. Initial checks of the cameras in the Mostelas have shown lots of footage of mice, voles and shrews, but no mustelids yet.

A wood mouse in a Mostela

Next month, we will be visiting the Dutch Small Mustelid Foundation to learn more about the innovative work they are doing with small mustelids in the Netherlands and we’re really looking forward to seeing how we can apply this in Britain and Ireland.

We hope to be able to report some preliminary results from the Mostelas over the coming months, so watch this space!