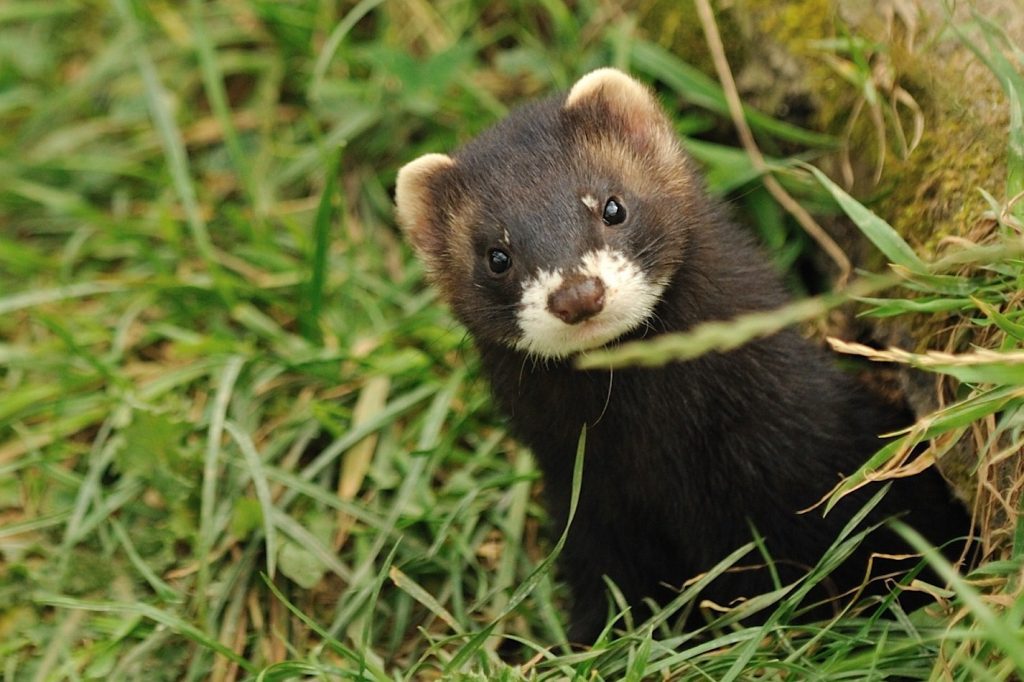 Polecats are currently faring well in Britain, as the population continues to recover and spread across parts of the country following a severe historical decline driven by predator control. However, can the same be said for polecats in the rest of Europe?

The status of the Western or European polecat (as ‘our’ polecat is officially known) across their European range was recently subjected to a review by the International Union for Conservation of Nature and Natural Resources (IUCN) Red List of Threatened Species. The IUCN Red List is a comprehensive and objective global approach for evaluating the conservation status of plant and animal species, and is used to guide species conservation efforts and management and inform national development policies and legislation. Under the Red List, species are classified into nine groups, using criteria including population size, population trends and area of geographic distribution. These categories range from Least Concern, used to classify species which have large population sizes over a large distribution area and are not declining at a significant rate, to Extinct.

The polecat had been classified as Least Concern, but in recent years, there have been reports of population declines in several countries. In light of this, information on polecat population trends was gathered from countries within the polecat’s range by reviewing the literature and national-level Red Lists and contacting individuals and organisations studying polecats. I collaborated with Will Duckworth from the IUCN, and several other researchers, to write up and publish the results of what we found.

So how are polecats doing across Europe?

In many countries, not very well and the results were fairly alarming. In 20 countries, the polecat population is known or suspected to be declining. Conversely, populations were reported to be stable in five countries, increasing in only two countries (including Britain) and stable or increasing in one country (see map). In several countries, nothing was known or no information was available on the polecat population. In fact, during the Red List assessment, the polecat was deemed the most difficult of all small carnivore species to categorise due to a lack of accurate data. At the recent 32nd European Mustelid Colloquium, many people shared concerns over how polecats were faring in different parts of Europe. 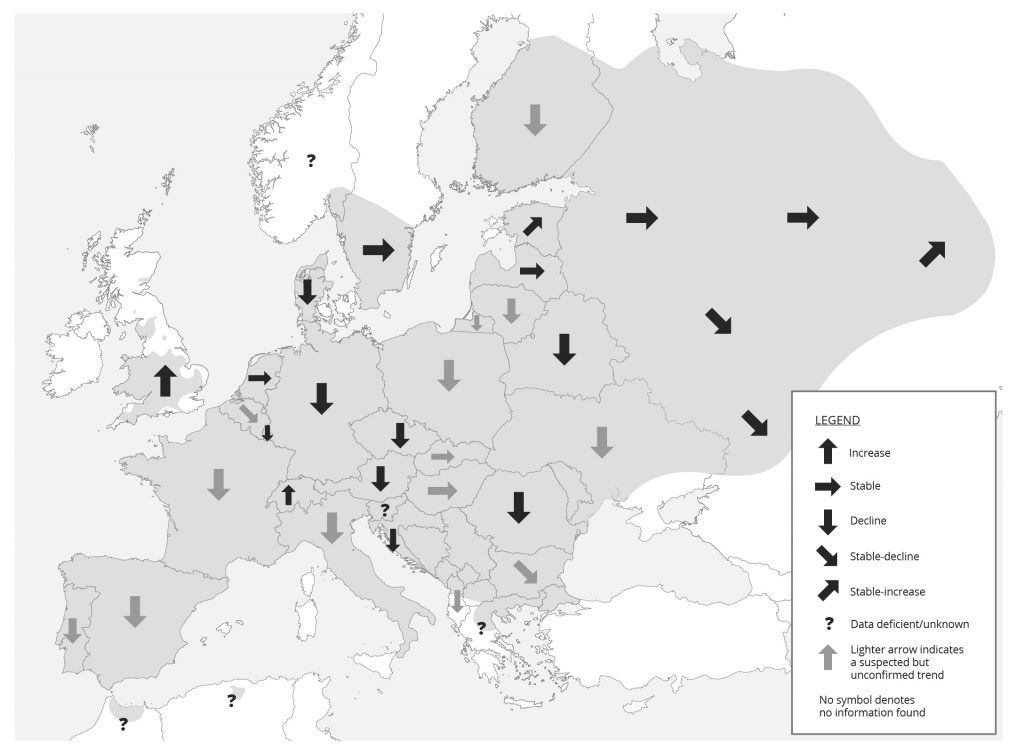 Why are polecat populations declining in many countries?

The short answer is we don’t know and the drivers of this decline may vary across the polecat’s range. Possible causes of decline include competition with invasive carnivores; secondary poisoning and environmental pollutants; habitat degradation; changes in prey availability; conflict with human interests; harvesting and killing of polecats and hybridisation. For the most part, the mechanisms of decline are poorly understood and that warrants further research.

Despite the reported declines in many countries, the global categorisation for polecats remains as Least Concern. This is because the global population is still considered to be large and relatively stable in the eastern part of its range (including Russia), and there is no evidence to suggest that the population is declining at such a rate to mean that polecats would fall into the Near Threatened category.

One of the problems with collecting data on polecats to inform assessments such as the IUCN Red List is the lack of reliable survey methods, making it difficult to initiate monitoring and recording schemes for polecats. Therefore, establishing robust survey techniques and systematic monitoring programmes would allow researchers to gather accurate up-to- date data on polecats to understand population trends. Further work is needed to determine the causes of polecat population declines and how conservation management actions could help to reverse these trends.

The results of this review have just been published in Mammalia.