Having never seen a weasel or stoat for more than a few seconds at the most and, also never having captured one with a trail camera, VWT Volunteers’ newsletter about ‘Mostelas’ was very intriguing. Following a quick email exchange with Laura, Volunteering and Community Engagement Officer at VWT, I soon had the plans to make my own Mostela. 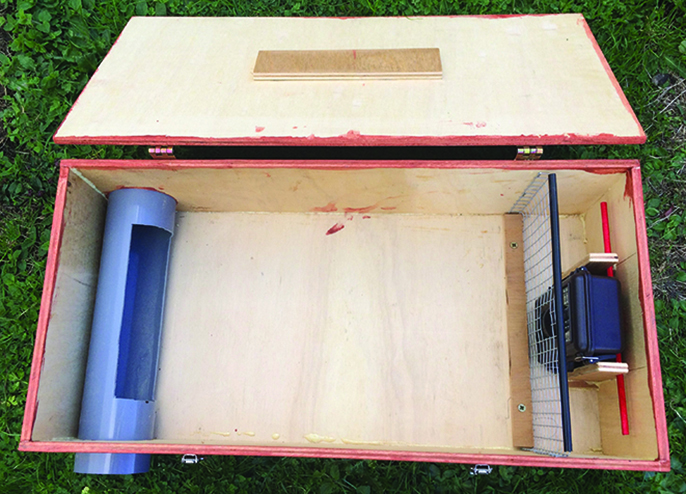 A Mostela, comprising a wooden box with an entrance tunnel and trail camera inside

For those of you unfamiliar with them, Mostelas were developed by a Dutch mustelid survey team and are basically a wooden box containing a trail camera at one end, pointing towards the other end where a plastic tube runs through the sides allowing animals entry. A window is cut from the tube, effectively framing the subject. Stoats and weasels are well known for their never-ending inquisitiveness – a new ‘burrow’ just has to be explored!

Timber was purchased, along with a few other bits and bobs, and I got going. Cutting a 100mm diameter hole was a little difficult. The plans suggested 80mm or 100mm tube; I went for the larger to maximise visits from any interested animal as the report on the pilot study with Mostelas in the UK* recorded visits from shrews, voles, mice, weasels, stoats, mink, rabbits and grass snakes! Drills, mallets and chisels all came into play and, although it looked quite rough and ready on the inside, the tube was fitted, with an 180mm wide window cut out. I used camouflaged tarpaulin to waterproof the roof and raised it off the ground slightly with wooden blocks. 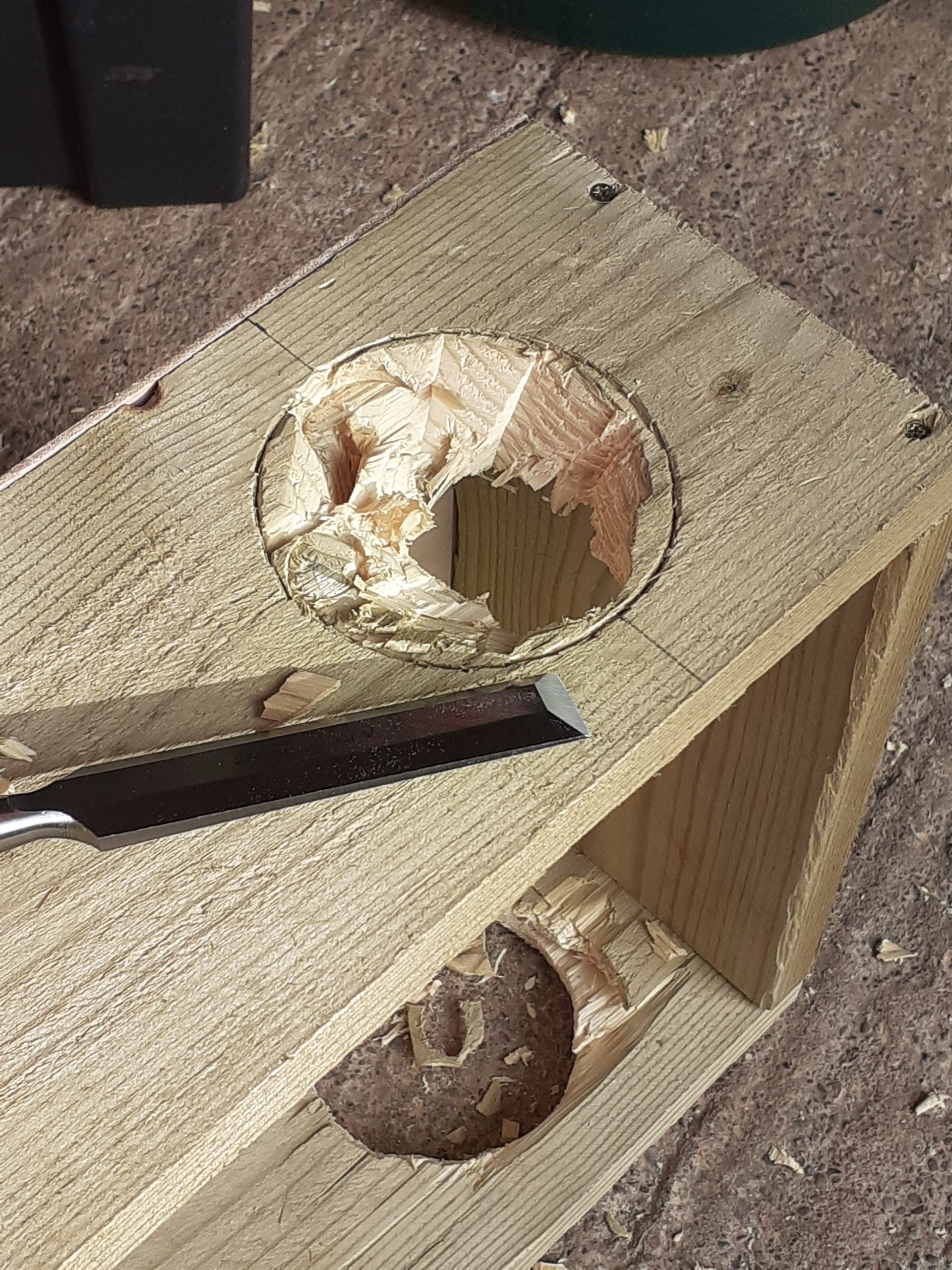 I’m a Trustee of Sutton Walls Conservation Group and look after an ancient Iron-Age hillfort in central Herefordshire. One of my enjoyable responsibilities is recording the wildlife on the site to help inform future plans where archaeology, history, nature and community leisure all converge. I’d already ticked off quite a few mammals and the prospect of capturing small mustelid evidence was very appealing. I positioned the Mostela behind a hedged field margin in the interior of the hillfort. I’d recorded rabbits, voles and mice in the area, so it seemed like a good place to start. Camera on, roof secured and camouflage added. Stand back and wander off with fingers crossed. 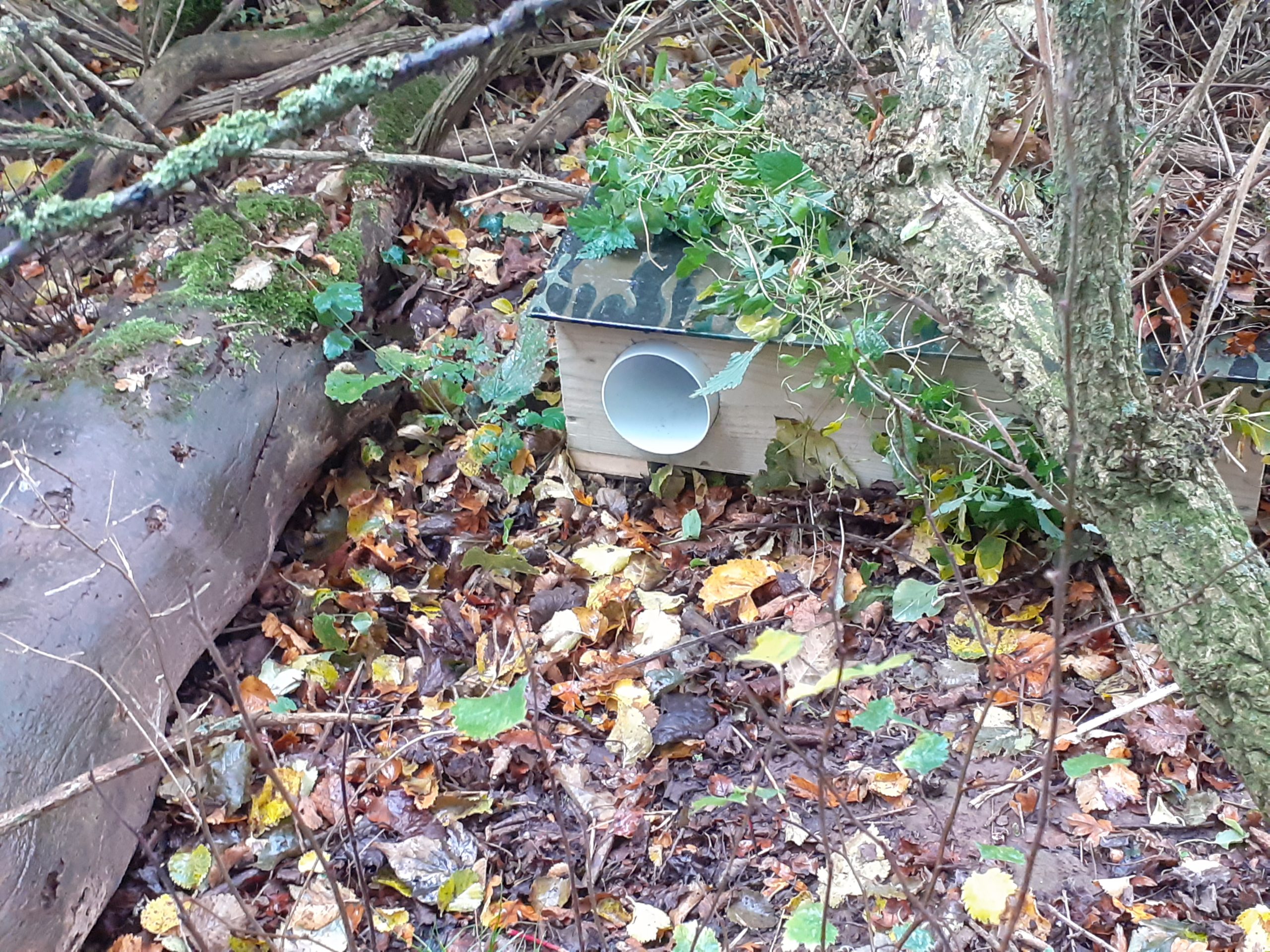 The Mostela in place in the field

I left the Mostela for five nights. The pilot study had a first weasel visit after 16 days; I knew chances were low, yet optimism was high. Over those first five days, there were 35 visits: 32 by mice sp., two by rats and one by a weasel. A small and brilliant weasel. Knowing the window width, I could freeze-frame and work out that the weasel was approximately 150mm in length, so likely to be a female or juvenile. It was the only visitor during daylight hours – 13:27hrs on the fourth day, to be precise. Big smiles and weasel footage being sent off in all directions. The Mostela had worked!

So, a great start, beating the pilot study first weasel appearance by 12 days! Beginner’s luck mixed with knowing a good site, I think. The task is now to see what else turns up, whether patterns appear and to improve the focus and footage quality in order to possibly identify individuals. 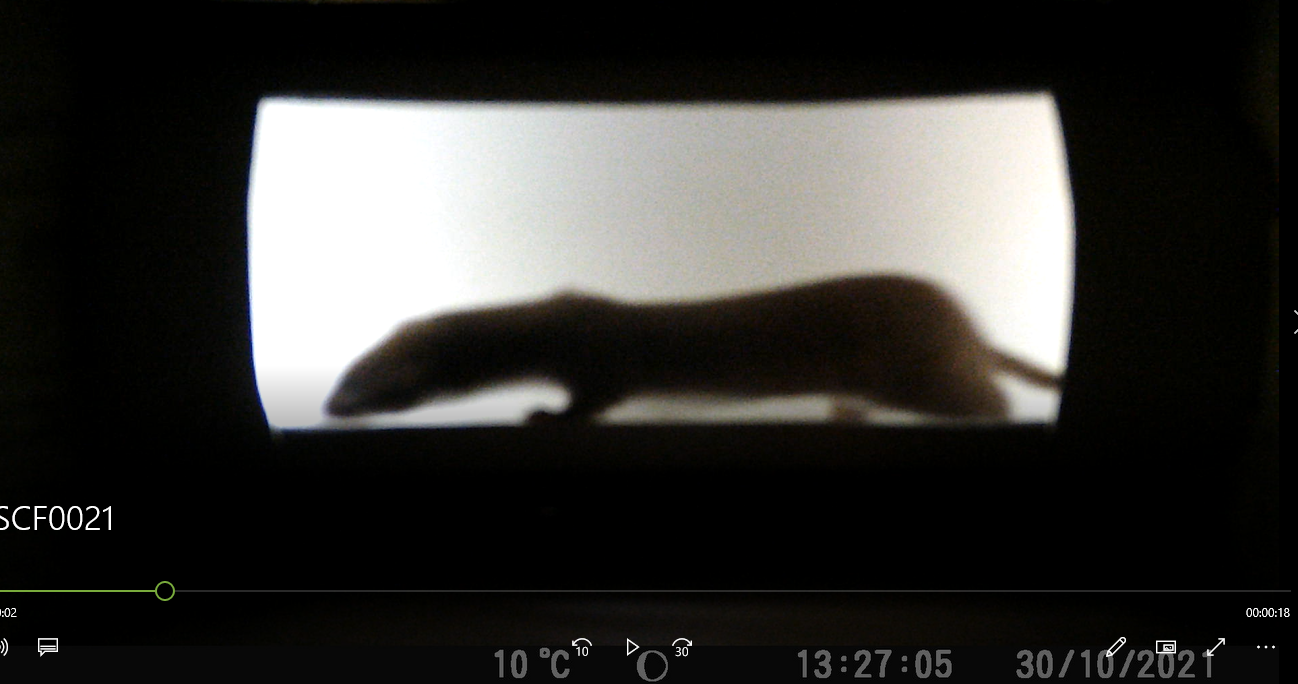 Success! A weasel recorded on camera

I kept the Mostela in place for two weeks. Results: lots of night time mice and a few daylight weasels!