blog > Building up a picture of weasels and stoats

Why weasels and stoats?

Despite their undeniably charismatic appeal, small mustelids like weasels and stoats, are some of our least studied mammals.

In part, this is because they are notoriously challenging to study, and populations have historically not been of conservation concern. However, whilst both species are considered to be widespread and common in Britain, there is very little data on their abundance and population trends at a national scale, and both species are currently listed as Data Deficient.

Thinking inside the box

VWT is interested in methods that can be used to reliably monitor weasels and stoats and better understand their population status.

This summer, we built on some previous work VWT has done on these small mustelids and also work pioneered in the Netherlands, and carried out a field study in Herefordshire aimed at detecting weasels and stoats.

Some of you who have been following small mustelid work carried out by VWT and others in recent years will be familiar with the modified camera trap design known as the Mostela. Designed in the Netherlands by the Small Mustelid Research Network, the Mostela consists of a wooden box with a plastic tunnel running through it and a camera trap facing the tunnel to record what enters. 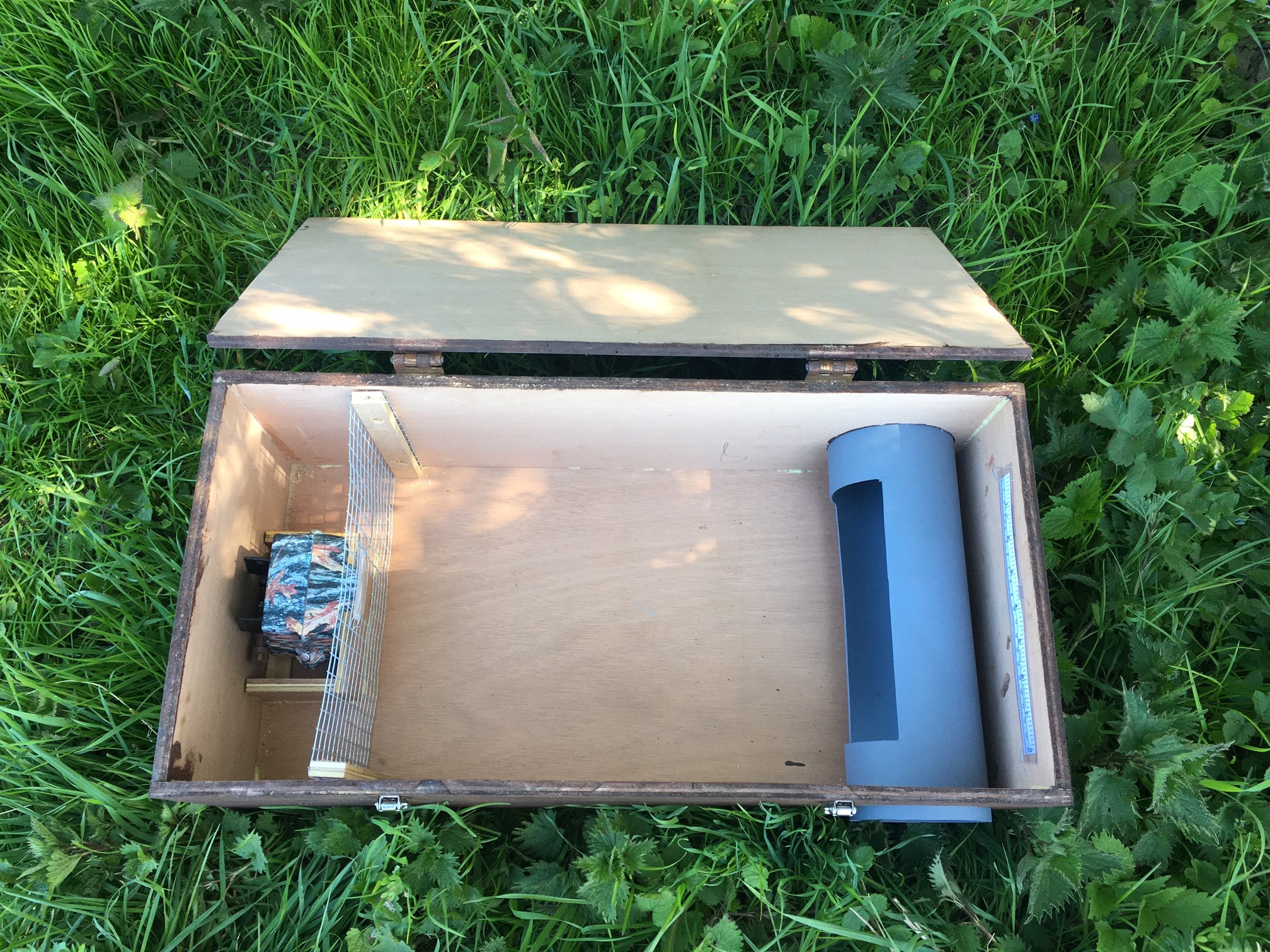 Small mustelids will investigate tunnels and holes out of natural curiosity and this method has been used successfully to detect weasels and sometimes stoats in previous studies. However, there is evidence that some animals will avoid entering confined spaces like Mostelas and we might be missing out on detecting these ‘trap-shy’ individuals. To address this, we also set up an additional trail camera outside the Mostela and facing the box entrance, to show us on how many occasions animals are passing by the boxes and not entering them. All of this will allow us to see which camera method is most effective at detecting weasels and stoats and therefore how to increase the detectability of small mustelids. 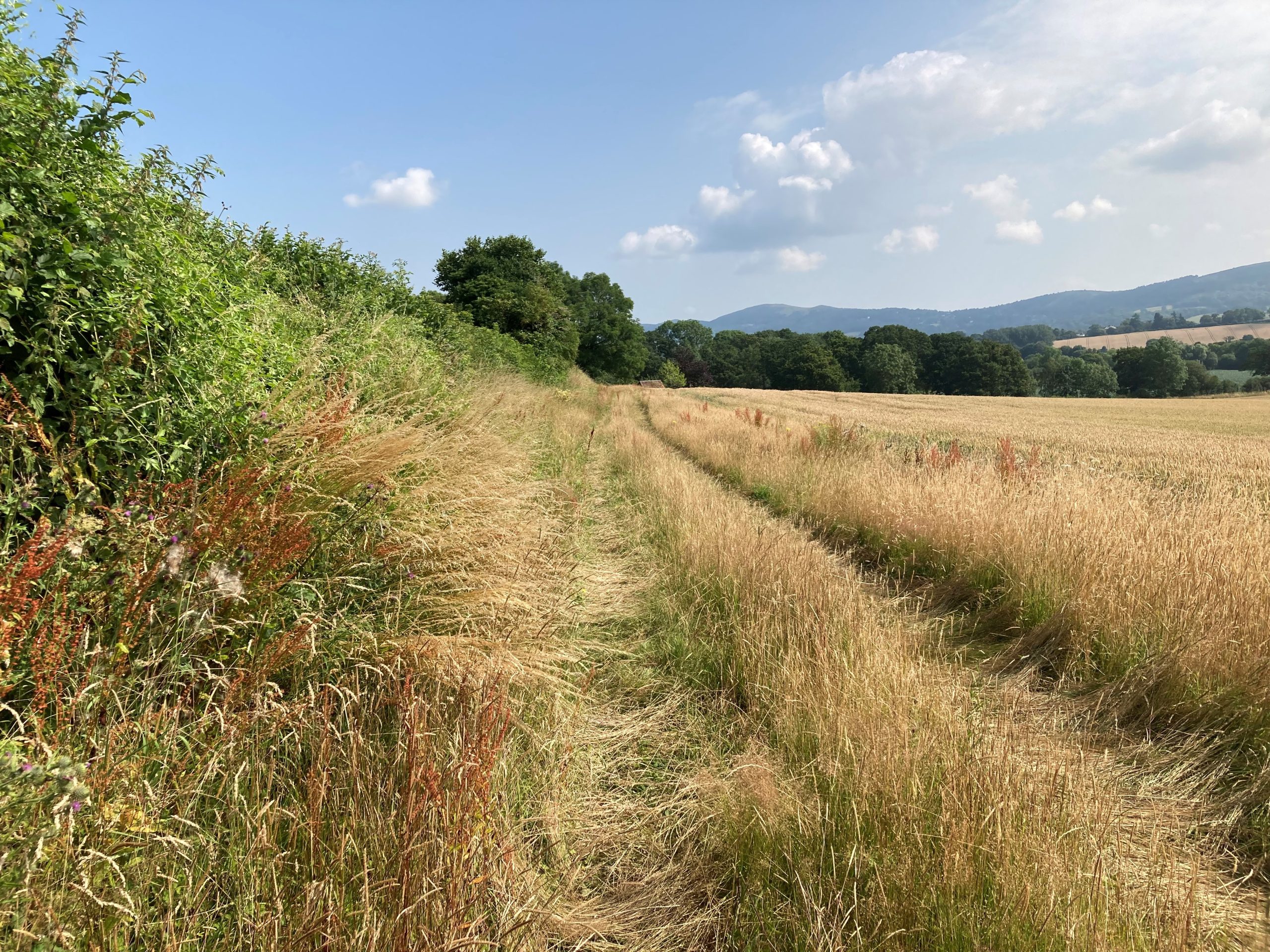 The Mostelas and cameras were set up along linear features, such as hedgerows and field margins, which weasels and stoats use 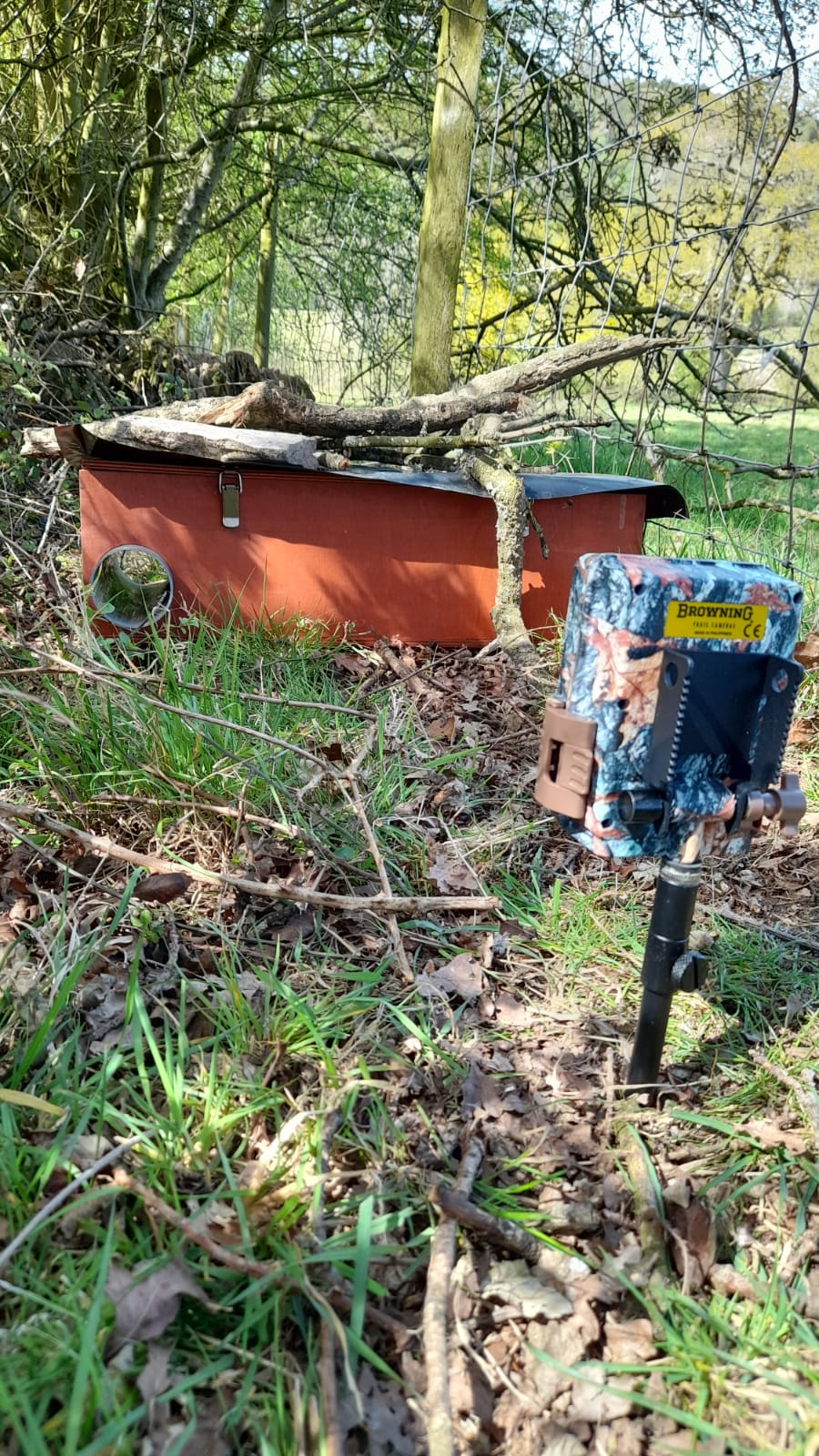 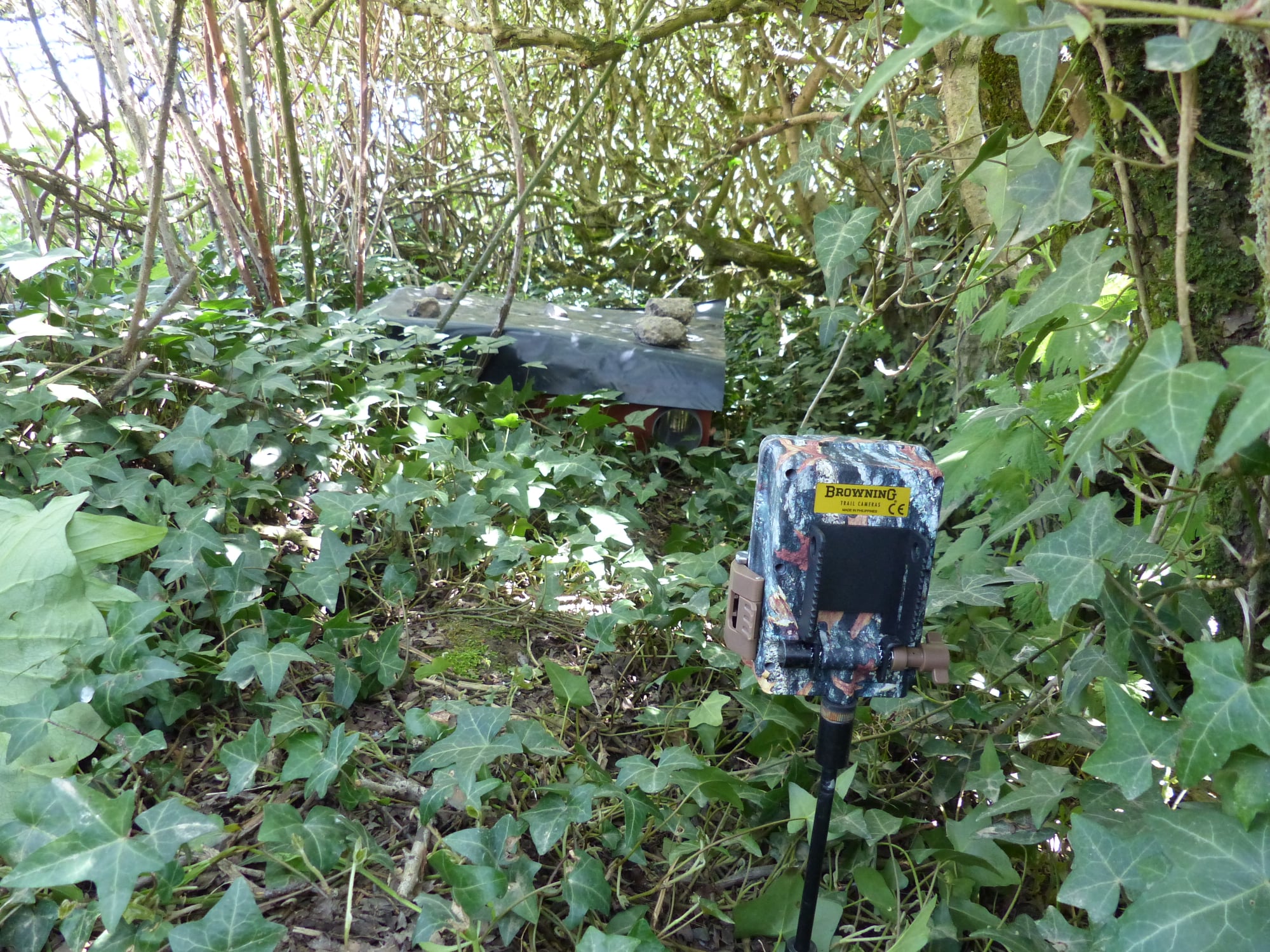 With 40 cameras running throughout the summer, we recorded over 70,000 videos in total. Thankfully, the Mostelas proved to be a big hit with the local weasel population, with hours of entertaining weasel footage recorded, and weasels detected at almost three-quarters of the sites where the Mostelas were placed. We even had one Mostela where two weasels visited together, and spent a while play-fighting in the box!

We also had a nice surprise with polecats readily entering the Mostelas and even one site where two polecats together frequently came to visit the box. It seems the diameter of the plastic tunnel was the perfect size for them! Interestingly, as far as we have seen, no stoats have been recorded either inside the Mostelas or on the cameras outside the boxes. This is puzzling, as stoats are known to be present in the study area.

As well as our small mustelid targets, the Mostelas are always very popular with small mammals (mice, voles and shrews), and we also had visits from rabbits, grey squirrels, grass snakes, the occasional bird and even a mole!

Here are a couple of video compilations showing a number of visitors to the Mostelas during this recent survey.

You too can get involved…

We have accumulated a large number of videos from this study and we would love your help to identify what’s in them. We are working with MammalWeb; a citizen science platform for collating and validating a range of camera trap data. You can simply sign up with MammalWeb to start reviewing the footage from our Mostelas.

It’s a great way to see rarely recorded and interesting footage of species like weasels and polecats, as well as contributing to our knowledge of how to better study small mustelids.

All other photos: ©Lizzie Croose