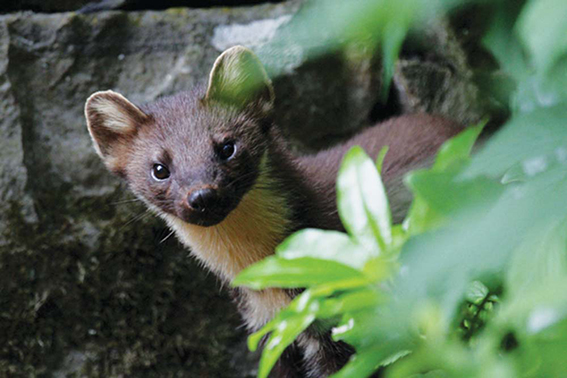 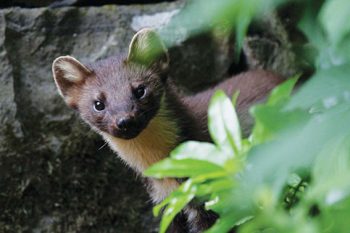 Having reached historic population lows by the end of the 19th century, the carnivores of Britain are for the most part enjoying a period of recovery. This recovery was reported in a paper published last month by Katie Sainsbury at the University of Exeter, on which VWT was a key collaborator. In particular, British mustelids have responded well to both legal protection and the significant reduction in gamekeeping pressure. The otter is now recorded in almost every county in Britain, and the polecat and pine marten are steadily re-colonising their former range. This recovery has been largely a natural response, though in the case of the pine marten it has been aided by human intervention. This is something to be celebrated. It also, however, signals the need for a transition in their conservation from triage with a biological focus, where species are singled out at the expense of others, to a more holistic consideration of the ecological dynamics associated with increased carnivore abundance in Britain’s fragmented, highly altered ecosystems, and crucially, their relationship with humans – the focus of this blog.

Land use and people’s attitudes have developed over the last century in an environment with very low carnivore abundance and, in many places, the complete absence of species such as pine marten, polecat and otter. Rural industry involving the commercial rearing of gamebirds, livestock, poultry and fish has not had to consider or incorporate measures to prevent negative impacts from these resurgent species which, being mustelids, are notoriously adept at circumnavigating rudimentary livestock defences. One of our key focuses at VWT is developing practical methods to mitigate the potential negative impact of carnivores on people’s livelihoods and wellbeing, which is crucial if we are to co-exist. In the short-term, this involves developing effective measures to prevent, for example, pine martens and polecats accessing pheasant poults in their pens. In the long-term, we aim to move beyond this ‘first aid’ approach towards more sustainable solutions. This will still involve practical interventions, but ideally they will be pre-emptive rather than reactionary and become standard procedure for businesses operating in areas with thriving carnivore populations. The question ‘Who will pay for this?’ is often asked. In Wales, we are working towards a solution whereby expertise and financial support are accessed via environmental payments from Welsh Government. This has been inspired by a scheme established by conservationists working on the white-tailed eagle reintroduction in north-west Scotland, where the eagles sometimes predate weak and sickly lambs. In areas where eagles pose a threat to lambs, farmers are eligible to enrol on the scheme and access expert advice and if need be, funding for pre-emptive mitigation.

The pine marten, polecat and otter are all recovering their former ranges

We are working towards collaborative research with the shooting industry to better understand the issues faced by gamekeepers, and to develop a better understanding of the behavioural ecology of carnivores in relation to rearing game-birds. Predator control remains a key component of shoot management, and stoats, weasels and foxes can be controlled without licence. Polecat, pine marten, otter and badger, however, are protected and in areas where these species are recovering or thriving, this can be a conundrum for gamekeepers who often feel under pressure to provide a surfeit of shootable birds for paying customers. To develop sustainable solutions for coexistence with legally protected carnivores, we require an interdisciplinary approach. We obviously need to understand how we can practically mitigate the impact of carnivores on gamebirds and livestock, but we also need to understand what motivates and drives the behaviour of gamekeepers and conservationists, in order to identify mutual/divergent objectives, and foster a culture of cooperation.

Mitigating the potential for negative economic impacts is relatively straightforward. It is much more difficult to address negative attitudes towards carnivores that have deep historical roots in culture, emotive experience, or can be affected by the wider socio-political context. We encountered a situation recently that highlights such an issue during our pine marten work in Wales, when Huw Denman and I revisited the landowner engagement that we undertook during the feasibility stage of the pine marten translocation.

We met with a farmer who was very angry about the pine marten translocation. He felt that the pine martens were everywhere, and that birds on the farm had declined. It was also asserted that the community was unanimously opposed to the project, which was at odds with our experience. We spent some time drilling down into specific issues: the marten’s diet, population dynamics and the density at which they were living in the area. What became apparent, as the conversation developed, was that the pine marten was not of itself the primary problem. The farmer was angry that if the re-establishment of the pine marten resulted in a loss of birds on farms, then farmers like him would be vilified in the public eye as the agents of decline: ‘If birds are lost it’s farmers who get the blame’. It was felt that farmers were being pilloried by the media and used as scapegoats for declining wildlife. This was obviously a huge source of tension and frustration for the farmer, for which the pine marten had become the focus.

We knew when we left that we had been little comfort to the beleaguered farmer. We committed to return when we had the results of the dietary analysis we are currently conducting and assured the farmer we were on hand if he had any issues – we empathised as much as possible with the farmer’s frustration. Over time, we can hopefully keep the dialogue open. This illustrates how perceptions of a species, a project or the people involved, can be shaped by wider issues, and highlights that practitioners need to be increasingly aware of the wider context in which they work. Had we failed to determine the source of the farmer’s frustration, we might have unwittingly reverted to the conservation equivalent of mansplaining predation dynamics, falling foul of the ‘high and mighty’ stereotype often levelled at conservationists.

We cannot change the socio-political context in which we work. What we can do, however, is ensure that as conservationists we are not perceived as being complicit in what, from the farmer’s point of view, was the vilification of a legitimate land use based on a swing in policy and media narrative against farming. As conservationists, we can strive to achieve this by being congruent in our approach: consistent in message (against a backdrop of populist politics), transparent in our work, and respectful of different views. 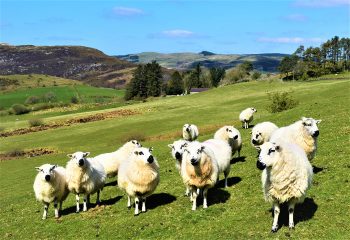 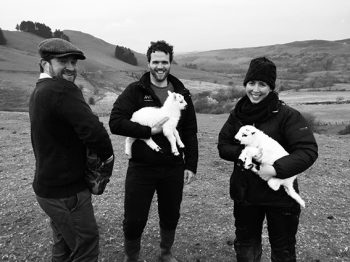 Building trust with stakeholders who would have traditionally opposed carnivore conservation is a long-term endeavour. It is much harder to achieve than excluding a pine marten from a poult pen but, in the long run, if we are aiming for thriving carnivore populations with minimal human conflict, it is far more important.