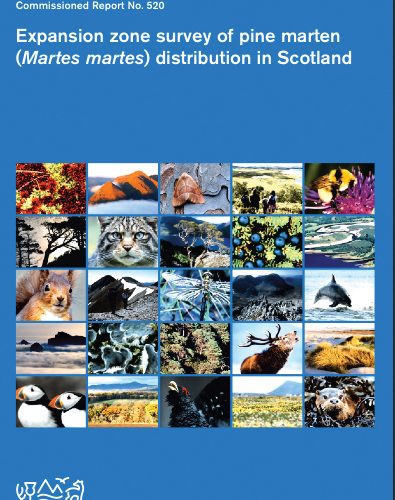 This report arises from a partnership project involving The Vincent Wildlife Trust and Scottish Natural Heritage. The aim of this field-based survey was to gather new information on the changing distribution of the pine marten in 2012.Given the anecdotal evidence of the species’ continuing re-colonisation of Scotland following its historical decline, this survey concentrated upon an ‘Expansion Zone’ beyond the pine marten’s known range revealed by surveys in the 1980s (Velander 1983) and 1990s (Balharry et al. 1996).