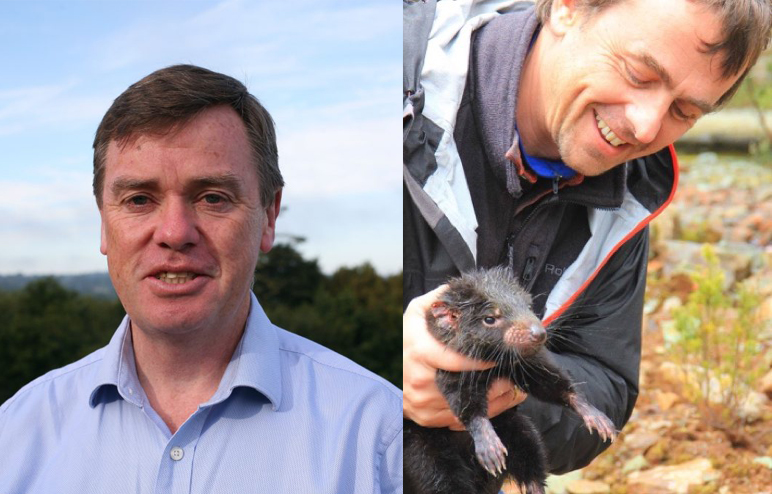 We would like to welcome two new trustees to the VWT, Dr Liam Lysaght and Professor Robbie McDonald.

Liam Lysaght is Director of the National Biodiversity Data Centre in Waterford Ireland where he heads up a small team of seven staff. He also serves as Head of Delegation for Ireland to the intergovernmental Global Biodiversity Information Facility, a global informatics network of 95 partners worldwide. Liam has a deep knowledge of nature conservation and biodiversity policy having previously worked with the Heritage Council providing independent heritage policy advice to the Government, and prior to that as a Park Ranger in the Burren National Park. In 2016, he co-authored the Atlas of Mammals in Ireland 2010-2015, the first atlas to map terrestrial and marine mammals in Ireland and its marine waters.

Robbie McDonald is based at the University of Exeter’s Penryn campus in Cornwall, where he holds a Chair in Natural Environment. He works on a wide range of interdisciplinary research projects in wildlife ecology and management. Robbie’s research career has focused on mustelids and he completed a PhD on weasels and stoats. He has also worked on Californian sea otters, martens, badgers, mink, ferrets and New Zealand and Irish stoats and currently collaborates with the VWT on marten and polecat research projects.