A new paper assessing the changing fortunes of Britain’s native mammalian carnivores has been published in the journal Mammal Review, led by VWT PhD student Katie Sainsbury. Katie is completing her PhD focusing on polecat recovery at the University of Exeter, with VWT and the Centre for Ecology and Hydrology (CEH).

For the study, Katie and other researchers from VWT, University of Exeter, CEH, and Scottish Natural Heritage, collected and reviewed survey reports from the last 40 years and compared changes in the distribution extent and population sizes of Britain’s mammalian carnivores. They also reviewed human activities that have helped or hindered native carnivores in recent decades.

The study found that once-endangered species such as otters, polecats and pine martens have staged a comeback in recent decades and overall, the status of Britain’s native mammalian carnivores (badger, fox, otter, pine marten, polecat, stoat and weasel) has markedly improved since the 1960s. The only exception is the wildcat, which is now restricted to small numbers in isolated parts of the Scottish Highlands.

Polecats and pine martens are recolonising parts of Britain, having become very rare at the turn of the 20th century. Photo: ©Anne Newton/Robert Cruickshanks

Hunting, trapping, control by gamekeepers, use of toxic chemicals and destruction of habitats contributed to the decline of most predatory mammals in the 19th and early 20th Centuries. However, most of these species have now largely recovered by themselves, as harmful human activities have been stopped or reduced.

Otters have almost completely recolonised Britain and badger populations have roughly doubled since the 1980s. Polecats have expanded across southern Britain from Wales, and pine martens have expanded from the Scottish Highlands and are now re-establishing in Wales and northern England. Fox numbers have risen since the 1960s, although have declined in the last decade. The status of stoats and weasels remains obscure. 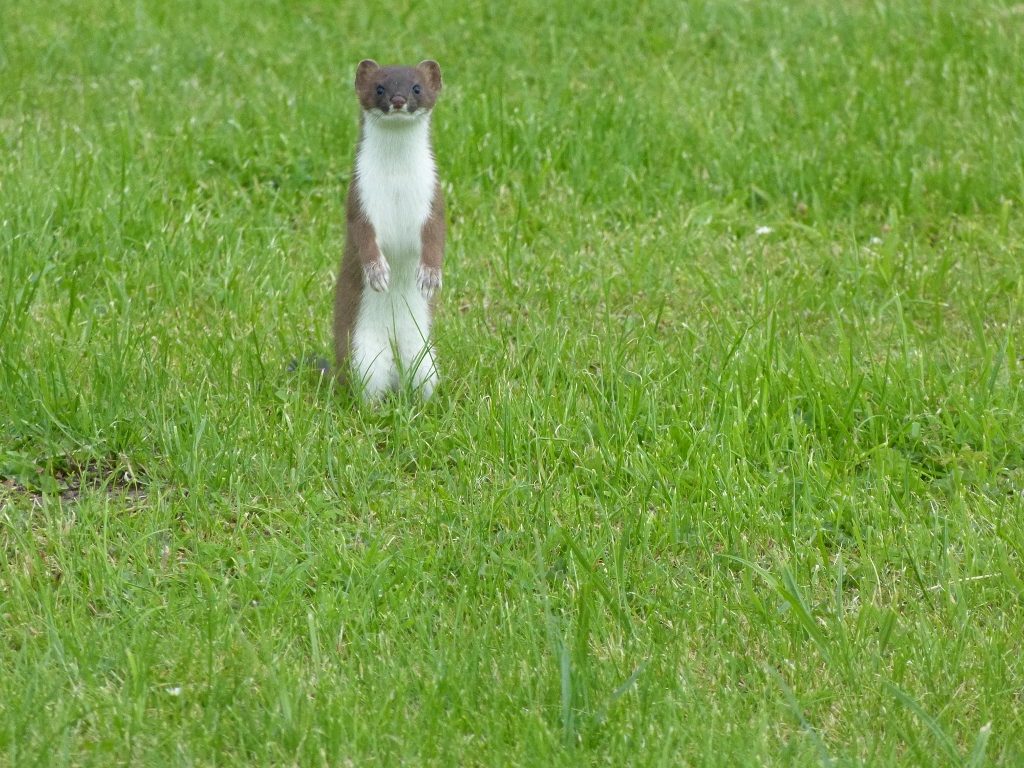 Stoats and weasels are difficult to monitor, so their population trends are unknown. Photo: ©John Dellow

Thought must now be given to how growing numbers of carnivores may interact with humans and work must be done to prevent conflict and allow long-term co-existence as the species expand their ranges and numbers.